Your screen looks too clean. Load up Smudges and hand it off to your favorite 2- to 82-year-old, and let them go nuts poking at the screen.

Shapes of all sorts and colors pop on the screen with every tap, accompanied by playful arcade-style sounds. Smudges recognizes multiple simultaneous taps for fun arrangements and multiple players.

Looking for a game where your kids can go a little crazy. Smudges is here to help.

Go get Smudges on the Apple App Store for iPhone, iPad, and iPod Touch.

Also, Smudges is available on the Google Play Store for Android phones and tablets. 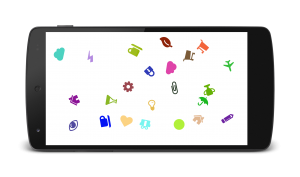 Everywhere you tap, a quick sound will play* and a new shape will pop up in a random color. It’s as simple as that. New shapes will orient to the way you are currently holding the device. Once a shape has been placed, it can be dragged around the screen. As enough new items are added, the oldest ones will start to disappear.

When you really want to go crazy, start tapping with multiple fingers. The iPhone’s touch screen can recognize up to five fingers simultaneously, either dragging or tapping, and Smudges will recognize them all. The iPad allows up to ten fingers, and Smudges will happily handle them all as well.

Smudges allows you to shut off the in-game sounds without muting your device completely so you won’t miss hearing those important alerts; you can also mute your device and Smudges will happily obey that, too. If your little (or big) ones have taken the “go nuts” concept to heart and you don’t want to hear one more noise, just go to your device’s Settings app. (Settings are not offered in the game because it is far too easy to find them accidentally when tapping gets going.)

First, head to the Settings app for your device’s iOS version. Once there, look for the Smudges setting entry among the other app settings. You’ll see the same Smudges icon when you get there. Inside the Smudges settings you will find the switch for turning in-game sounds on or off.

For iOS 5 and iOS 6, it will look something like this.

For iOS 7, things will be similar.

If you ever see a little grey muted speaker icon in the corner of Smudges, that means it has been muted in the Settings app. You can follow these same steps to get the sound turned back on. 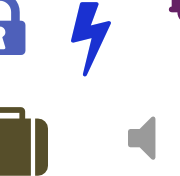 If you are having trouble with anyone getting out of the game accidentally, this is possibly a result of the built-in system gestures or buttons. The buttons are inevitable, and those fingers will definitely find them. Unfortunately, shutting those off isn’t really an option. As for the gestures, you can disable them, if you don’t mind losing these gestures for your own use until you turn them back on.

If your favorite Smudges user is jumping between running apps, pinching to the home screen, or ending up on the multitasking screen, you have discovered the iPad Multitasking Gestures. These can be disabled by finding the Multitasking Gestures toggle button in the Settings app under General settings.

If, however, they keep popping the Control Center onto the screen, they have discovered the handy way to toggle various system features that was introduced in iOS 7. This can be disabled in the Settings app under Control Center settings by flipping the toggle for Access Within Apps. 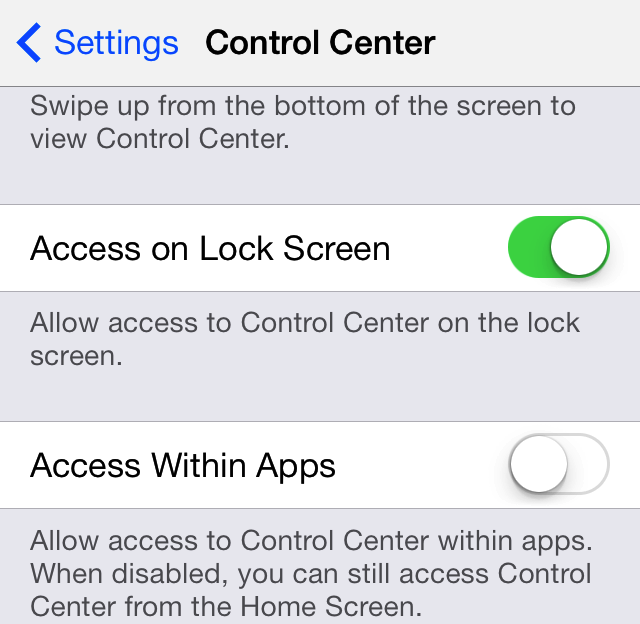